Avoiding Potentially Fraudulent Activity by a Power of Attorney 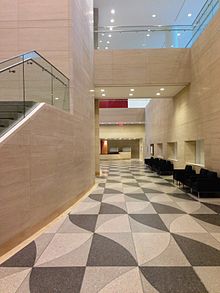 In one case, a daughter acting as power of attorney for her mother had her mother execute a transfer-on-death agreement for her mother’s investment account naming the daughter as the sole beneficiary of the account. In the other case, a mother, whose son was acting as power of attorney for her, re-titled several certificates of deposit into joint tenancy between herself and son. The question addressed in both cases was whether the asset (the investment account and the CDS) belonged to the estate or to the agent after the principal’s death.

In cases where an action is taken that benefits the agent, the agent can present evidence to show that he or she did not exert undue influence on their principal and that the action taken was lawful. In both of these cases, however, the court determined that the agents did not present enough evidence to prove that they had acted lawfully and in accordance with their fiduciary duties. The courts decided that the assets (the investment account and the CDS, respectively) belonged to the estate and were not owned by the agents.

In choosing a power of attorney, it is important to choose a person who will be loyal to you and to communicate your preferences about distribution of your property with that person before you become incapacitated. It is also important that any person who has been nominated as a power of attorney educate themselves about the responsibilities of the role to avoid any appearances of acting fraudulently. Your attorney can help you understand those responsibilities and can assist you in cases where an agent may be acting fraudulently.

This article is intended to present general information for educational purposes, is not legal advice and should not be relied upon in connection with any particular matter. The reader is advised to immediately retain their own separate legal counsel with respect to any specific legal issue. Rights to bring a claim will expire through the passage of time by the applicable statute of limitations.