The Secret to Unemployment Compensation Defense 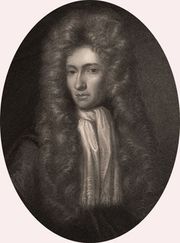 I have litigated dozens, if not hundreds, of unemployment compensation cases. I represent both claimants and employers but I more frequently represent claimants. I think it is fair to say that claimants are more likely to win an unemployment compensation case against an employer due the nature of the law, but I think employers could increase their chances of success if they just spent a little more time and effort pursuing, preparing, and presenting their cases.

When I represent claimants I object pretty aggressively to the testimony, documentation, and evidence presented by employers mainly because they almost always are, to some degree if not totally, hearsay. I think my success in representing claimants is due, at least to some degree, in preventing the employer’s evidence from being presented.

Now, I admit that I don’t want to give my opponents any advantages, but I think some very basic things could go a long way for employers. Employers just do not present sufficient competent evidence to win. Documentation, as much as is relevant, is always helpful. When wondering whether to bring something, it is always wiser to bring it and not need it than the opposite. Unfortunately, much of the documentation brought as evidence contains the statements of people who do not appear at the unemployment compensation hearing and is, therefore, hearsay.

This leads me to the single biggest error made by employers at unemployment compensation hearings, which is their failure to bring witnesses. If an employer wishes to have documentation with the statements of others introduced into evidence at an unemployment compensation hearing, then the employer must bring the person(s) who made the statements to the hearing to provide testimony as to the statements in the documentation. Furthermore, if someone is terminated for cause, then a witness to the incident(s) of misconduct giving rise to the termination is critical to win an employer’s case. Many employers will bring the “boss,” whether that is the C.E.O. or president or manager or what have you, as a witness. The problem is that the boss is usually too disconnected to have any personal knowledge of the claimant’s alleged misconduct which gave rise to his termination. Therefore, any testimony from the boss about the misconduct is hearsay.

Another typical mistake is to bring the human relations person to the hearing. The same problem with the boss applies to the HR person. While the HR person can certainly introduce documentation in a person’s employee file, this person too is almost always too disconnected from the claimant’s alleged misconduct to have personal knowledge of it; as a result his testimony is hearsay as well.

When it comes down to it, an employer must bring sufficient witnesses who have personal knowledge of the issues at hand to win its case, otherwise employers will consistently be at a disadvantage at unemployment compensation hearings.